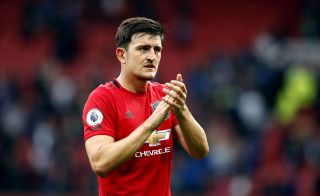 Rejoice, rejoice: the Premier League is finally back on Wednesday after a three month hiatus.

While Liverpool essentially have the league title wrapped up, with 92 games left to go there is still plenty left to play for. Here are the five matches that we reckon will define the rest of the campaign.

The game that should see Liverpool crowned champions. Jurgen Klopp’s side have a 25-point lead at the summit of the Premier League table - reducing to a paltry 22 if Manchester City win their game in hand against Arsenal this week - meaning they need just six points to seal the deal. Wins away to Everton in the Merseyside derby on June 21 and against Palace at home on June 24 will have the Reds lifting their first league title for 30 years.

They could do it sooner, if Pep Guardiola’s side slip up in one of their next two games – but that’s a big if given the talent in the Catalan’s squad. Palace’s visit to Anfield is the one to note in the diary for Reds fans.

This has the feeling of a welterweight prize fight about it - a couple of small, feisty competitors trading body shots. The fact that both Sheffield United and Wolves are occupying Europa League spots with nine matches remaining is testament to their punchy displays this season.

Chris Wilder’s Blades have surprised everyone with their tactical flexibility, workrate and defensive organisation (they’ve conceded six goals fewer than Manchester City), while Wolves can count Tottenham, City and Chelsea among their scalps this campaign.

With all the domestic cups this year likely to be won by those above them in the table - and Manchester City’s European ban for the next two seasons still in place - it’s possible all the way down to 8th in the table will qualify for continental football.

The winners of this clash could dare to dream of unsettling the Champions League hopefuls, while the losers will feel the breath of Arsenal and Tottenham on their necks.

ALSO READ How does Sheffield United's story end? Champions League qualification would be more than just money for the Blades

For one thing, it’s the North London derby - but there are plenty of other reasons this showdown on July 11 could be particularly entertaining. Spurs and Arsenal currently sit 8th and 9th in the table, meaning one of them would definitely miss out on European football if things stayed the same until the end of the season. A win here would deal a crucial blow to a fierce rival, and provide the momentum needed for a late Champions League push.

This is also a fascinating clash in terms of where both teams sit in their transitional projects. Arsenal look to have turned a corner under new boss Mikel Arteta - who has at least instilled some sort of playing style on a beleaguered group of players - while Jose Mourinho is slowly implementing his brand of safety-first football on a squad used to playing with freedom under Mauricio Pochettino. It promises to be a belter of an NLD.

A final game of the season showdown between teams desperate to qualify for next season’s Champions League. UEFA are yet to confirm whether 5th place will qualify - in the case City’s European ban is actually upheld - meaning there is no use in resting on laurels.

Brendan Rodger’s Leicester City have been a ruthless beast this campaign - the 9-0 humiliation of Southampton earlier this season can attest to that - and have been sitting comfortably in third for a large part of the season. They have a tough final nine fixtures though, including a home match against Chelsea and trips to Arsenal and Spurs before they face Manchester United on the final day.

Ole Gunnar Solskjaer’s side have a far easier run-in, with seven of their nine matches against teams in the bottom half. The eight-point swing required to catch the Foxes is large but not insurmountable, especially with the returns of Paul Pogba and Marcus Rashford. This could have the whiff of a cup final about it.

This final day clash of claret and blue may be a relegation six-pointer tailor-made for some Match of the Day mayhem. Both have been utterly awful for most of the season, and few fans would rue the demise of West Ham given the board’s constant alienation of the fanbase over recent years.

Aston Villa have battled bravely throughout the season but lack star quality beyond the genius of Jack Grealish. Dean Smith’s side could already be relegated before this fixture, with a tough run of games to come. But just two points separate the sides with nine games to go. Should things go down to the wire, all eyes will be on the London Stadium on July 26.