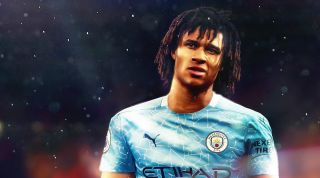 It’s no surprise, really, that Nathan Ake is the first Bournemouth star to jump from ship, following relegation back down the Championship, after five years in the Premier League.

Ake has been one of the most reliable performers in a Cherries shirt since first joining the club on loan from Chelsea in 2016. After establishing himself in the back four, he made himself indispensable - though Antonio Conte chose to recall him for the Blues’ title push in January 2017. The Dutchman had shown enough to Eddie Howe, however, with the Cherries forking out a then-record £20m or so for the defender’s services.

Questions have been raised about why Manchester City - who have been wobbly defensively this season - would consider a move for a key member of a side that have haemorrhaged goals in his time there. Why is Nathan Ake going for double what Bournemouth paid for him?

He’s reliable, even in a chaotic defence

Nathan Ake is 25 and has 146 Premier League appearances under his belt- so just about to hit his peak, yet vastly experienced already. He has rarely been injured for Bournemouth, aside from the odd hamstring injury, which is impressive considering their issues with squad fitness. He has never made an error leading to an opposition goal at Bournemouth, either.

One underrated aspect of Ake’s CV, however, is that he’s played in a chaotic defensive set-up. While Eddie Howe utilised deep blocks in the past and attempted to build a sturdy defensive structure, Bournemouth have always looked suspect in transition, relying on the athleticism and considerable pace of Ake to bail them out of trouble when caught out playing from the back, or operating with a high line.

Pep Guardiola have faced similar challenges this season, as Rodri adapts to his role as City’s destroyer in midfield, and Aymeric Laporte has spent much of the season on the sidelines. Ake doesn’t just add pace to a painfully slow backline, he has a lot of experience of reactionary defending - something that none of the Citizens’ defenders have much of.

Other players from similar sides have made similar jumps

Ake is not the first sought-after defender to have been the strongest head in a weak backline relegated from the Premier League. In Hull City’s leaky defence that were relegated in 2017, both Harry Maguire and Andrew Robertson stood out as excellent defenders in otherwise flawed teams.

The same can be said for Johnny Evans, who left relegated West Bromwich Albion to become the rock in Leicester City’s defence. While some sides defend excellently as a unit - Burnley are a great example - taking individuals out of a better set-up to play in a more disorganised defence can be a risk. See Michael Keane after his move to Everton.

City were in the running to sign Evans, Maguire and even Virgil van Dijk at one point - another defender from a lower-table club who didn’t play in the best-organised defence. Whether or not his ability is in question, Ake making the step up to a Champions League side is big, but not unprecedented.

He doubles up as a left-back

One of the most criticised aspects of Manchester City’s sides ever since Pep Guardiola took charge has been the failure to establish an outright left-back.

Benjamin Mendy has had two ACL injuries hold him back; Fabian Delph and Oleksandr Zinchenko have both been used as inverted options, while Joao Cancelo has been dropped in with Kyle Walker on the other side. Even Leroy Sane was used as a left wing-back once or twice.

Nathan Ake has been used at left-back a number of times for Bournemouth and on the left of a back three. Ake isn’t the best aerially but is positionally superb, brilliant on the ball and even has experience in midfield, which is key - given that Guardiola enjoys inverting his full-backs and using them as auxiliary midfielders, Ake could theoretically thrive in this role, even if he has been signed primarily as a left-back.

The above graphic shows just one way that the City 4-3-3 move forward into a 2-3-2-3-style formation, with full-backs tucking in and interiors creating chances in front the 18-yard box.

He has experience on both sides of the defence

Nathan Ake is left-footed. He has most often been used at Bournemouth on the left side of defence, next to Steve Cook, Simon Francis or Chris Mepham as his partner. In the final few weeks of the season, however, with Bournemouth facing another defensive crisis, Ake was used on the right of the two centre-backs, with Lloyd Kelly to his left.

Ake managed admirably, despite him not being used to the passing angles needed to play on that side of the defence. His right foot is weaker, but not to the detriment of him opting to shift everything onto his left in order to play.

While Ake will be competing against Aymeric Laporte for his natural role, he’s shown that he’s more than capable of putting in a shift on the right-hand side of defence. Is Guardiola about to experiment with inverted centre-backs? Perhaps not, but his comfort there will likely be a bonus for a club who have used Rodri and Fernandinho there at times, and who retain possession against smaller sides anyway.

He adds leadership to Manchester City

Ake isn’t exactly the leader that Vincent Kompany was, but he captained Bournemouth a fair few times. And given that Eddie Howe’s squad was filled with a number of natural leaders, that’s quite the accolade.

Laporte, Stones and Otamendi don’t seem like leaders. Fernandinho does, but isn’t a natural defender. Voices at the back are in short supply for Guardiola and Ake does command authority in his defence, though he’s more of a Ricardo Carvalho figure than a John Terry.

Unfortunately for City, Nathan Ake isn’t a reborn Virgil van Dijk. He doesn’t have the presence of his countryman, though what he does offer is raw athleticism, ability to pass out from the back and a wise head on his shoulders. Not only could Guardiola complement Ake with a defender who thrives in the areas that the Dutchman himself doesn’t, Ake can mitigate the mistakes that City’s current defenders already have, when paired with any one of them.

Considering the prices bandied about for defenders these days, £40m could be excellent business.