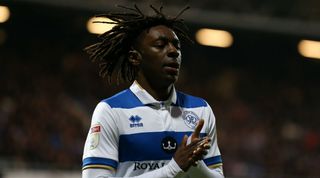 With plenty of expression going forward and a backline that don’t always stick to the script, Queens Park Rangers have been one of the best sides to watch in England from a neutral point of view this season. Fantastic attacking displays have been frequent, with the 21-year-old Eberechi Eze providing plenty of excitement in particular.

In Mark Warburton’s first full season, plenty of things have clicked for Rangers. The defence were beginning to look a little less shaky in the last few games before lockdown; the experience of players like Marc Pugh and Nakhi Wells is starting to complement the fresher faces too. Could they build upon this next season?

Wednesday have shown plenty of heart in battles in the Championship this season, but Garry Monk’s side have struggled to score at home all season. A 5-0 defeat at Hillsborough to Blackburn Rovers was particularly woeful, with the midfield failing to create high-quality chances for the likes of veteran Fernando Foriestieri, Steven Fletcher and loanee Jacob Murphy. This one should be interesting, as a prolific attack meets a hard-working unit in Wednesday.