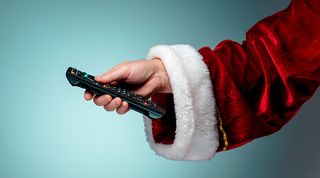 While the rest of the country winds down for a period of gorging itself silly, board game-based family arguments and general merriment, football cranks up a notch for the festive period.

From this Friday, 16 juicy Premier League fixtures are scattered across 11 of the 14 days up to FA Cup third-round weekend – but that’s only the beginning. Toss in a Clasico, Old Firm derby and some particularly appetising fixtures from the Championship and Serie A, and we have ourselves a right royal football feast. Tuck in!

Sparks tend to fly when these two sides meet: eight of their last 11 meetings have produced at least four goals. Current evidence points to expecting nothing less this time, as two fearsome attacks meet flimsy defences. Let the madness commence...

An occasion for remaining horizontal on your sofa for nine hours if ever there was one. You’ll have to choose between the lunchtime Clasico and Everton vs Chelsea, but then follows two more excellent Premier League fixtures and a range of terrific alternatives: a Championship promotion tussle between Aston Villa and Sheffield United, plus a Serie A clash of titans as Roma head to Juventus. Swoon.

Plenty to keep you going right through to evening here: kicking off with arguably the game of the day in Spurs vs Southampton, since Liverpool-Swansea may well end up a messy one-sided massacre on current form.

Sandwiched either side of those two are Championship clashes between teams with plenty at stake; perilously-placed Burton host play-off sniffing Leeds, while Steve Bruce’s Villa look to tighten their grip on a top-six place at Brentford.

Newcastle held Manchester City to a 1-1 draw in this fixture last season, having been whipped 6-1 by Pep Guardiola’s side in the reverse fixture. Rafa Benitez’s struggling players may well be hiding behind their sofas expecting more of the latter this time – and they wouldn’t be the only ones right now.

This one kicks off a quiet streak for festive football – disastrously coinciding with the corridor of uncertainty that is the four-day period between Boxing Day and New Year’s Eve. Conclusion: plan some better excuses for missing those high street sales right now.

Premier League football on a Thursday! It may be the only game of the day, but consider this a bonus. Roy Hodgson’s rejuvenated Palace side host Arsenal, having trashed the Gunners 3-0 in this fixture last year. Oh boy.

With a lack of top-flight action, more eyes will be on Neil Warnock’s high-flying Bluebirds in the Championship. At the time of writing, second-placed Cardiff have four-point cushions either side of them behind leaders Wolves and ahead of play-off incumbents Bristol City, putting them in a strong position for a return to Premier League Land. There’s still a helluva long way to go yet, though – and play-off chasing Preston are perfectly capable of spoiling things.

A cracking Saturday of action, spearheaded by the Old Firm derby. Celtic’s almighty 69-match unbeaten run came to an abrupt end with their 4-0 thumping against Hearts on Sunday, giving Rangers hope of stopping their seven-match winless run without victory against the Hoops. Manchester United host Southampton in the evening kick-off – and there’s an eclectic smorgasbord of other matches to fill in the gaps.

Pards vs Wenger. Need we say any more?

And a happy new year to you, too. Fresh from a crisp pint of pinot grigio to celebrate the arrival of 2018 (presumably), Big Sam welcomes Jose Mourinho to Goodison Park for the day’s evening kick-off – but only after the first Premier League tussle of the new year; a south-coast seaside battle between Brighton and Bournemouth. We like the look of Leeds-Forest at 3pm in between that, too.

Arsenal need all the help they can get right now to finish in the top four, but it’s unlikely that Chelsea will offer them an easy time here. Arsene Wenger’s side did thrash the Blues 3-0 in this fixture last season, but all that did was convince Antonio Conte to switch to his back three – a change which led to their dominant title win.

A second game on the telly in three days for Tottenham, who should face a much sterner test here. Their meetings with West Ham are also generally fruitful for the neutral: three of the last four have finished with a 3-2 scoreline, last time in the Hammers’ favour after their comeback from two goals down in the League Cup at Wembley.