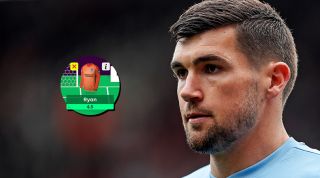 When it comes to FPL, your goalkeeper is always a tricky choice. Sure, you’re going to pick whichever £4m back-up has the nicest name - but do you go big between the sticks or choose a steadier, midtable chap?

There’s no one way to rack up the points, but we’ve worked out which goalkeepers will get you the best value for money. By working out the points per million, we’ve calculated how much their performances in FPL last season are worth, related to their price for the following campaign.

You know that title-winning keeper that Liverpool forked out £60m or so for two summers ago? He doesn’t feature…

The eventual Golden Glove winner in the Premier League last season, Manchester City’s Ederson has always been a safe pair of hands - and a decent punt considering he sometimes chips in with an assist.

Last year was a bit of a turbulent term behind City’s shaky defence but given reinforcements, the Brazilian should continue to rack up FPL points again this season. At £6m, he’s one of the most expensive keepers in the game - and thus not one of the best value - but at least he’s reliable.

Ask Bournemouth fans who their player of the season was last year and they’ll tell you it was either Nathan Ake or Aaron Ramsdale - a goalkeeper and a defender in a backline that seeped 65 goals.

Guess it’s no surprise that both are immediately going back to the Premier League with transfers to Man City and Sheffield United respectively. FPL agrees with Ramsdale’s admirable season last year, where the shot-stopper played all but one game for the Cherries.

At £5m, he’s extraordinarily cheap for a No.1 at a top-half club, too.

David De Gea may be in decline - if you believe everything you read. He may have to fend off the challenge of plucky Dean Henderson this season, back from a fantastic loan spell. But he didn’t exactly perform badly on FPL last year.

Perhaps thanks to the high-profile howlers, DDG is half a million cheaper than Alisson and Ederson; the same price as now-rival Hendo. If you back the Spaniard to come through this sticky patch, the rewards could be massive - especially with United potentially fighting for a title this term.

The Crystal Palace net hasn’t exactly had a steady occupant over the years. Wayne Hennessey has flapped at competition from Julian Speroni and Steve Mandanda, not so much looking like the best bet out there, but the least likely to make a clanger. All until Vicente Guaita came along.

Guaita and Hennessey somewhat shared the No.1 shirt the season before last, before the 33-year-old Spaniard made it his own last season. He been decent, too: he still flies under the radar at £5m and if you’re willing to overlook Palace’s appalling end to last season, he could be a solid bet for FPL.

Nuno’s No.11 has been one of Wolves’ most reliable figures in their meteoric rise up the Premier League. At £5.5m in the FPL market too, the Fantasy admins have cottoned onto his ability.

Despite this relatively big price - for a keeper, at least - Patricio is still great value between the sticks. Better so than David De Gea, believe it or not.

Leicester City were just pipped to the Champions League places by Manchester United but had a sterling season all the same.

It would be fair to say Kasper Schmeichel rolled back the years, becoming one of the leaders of a young side and keeping clean sheets aplenty as the Foxes marched towards Europe. With Leicester now competing on more fronts - and wondering how to recapture their form after that dreadful slump post-restart - it would be a brave FPL user that gives Kasper the gloves next season.

Should the Foxes start with the same energy as this time last year though, it’s a no-brainer.

Martin Dubravka is the hipster’s keeper; the underappreciated custodian who single-handedly saves Newcastle United from the demons of xG without so much as a thank you, FIFA in form card or mention on Match of the Day.

In FPL though, he’s golden and always has been. At £5m, he’s a complete steal for what basically propping up the Magpies with his bare hands, despite the peppering he faces on a weekly basis. He’s starting the season with an injury though: beware before picking him.

With over 29 points per million in FPL, we rank him as excellent value - but that’s based on his previous club. Will he actually start for United? Keep an eye out on that situation as the season progresses.

Well, this is a surprise.

Not that Mat Ryan isn’t a good goalkeeper - he absolutely is - but to see him as the second-most valuable in the league is a turn-up for the books, considering that he guards the net of a side that didn’t improve substantially in defence last season. Still, at £4.5m, he’s easily the most valuable player of that price in the game - keeper or otherwise.

FPL TIPS How fixture difficulty should shape your starting squad

If you’re looking for low cost in goal to strengthen elsewhere, Mat Ryan is your sure-fire pick.

We started with Ederson - but it goes to show how good a season Nick Pope had, that he’s nine places higher than the keeper that only just beat him to the Golden Glove.

Burnley goalkeepers are always a safe bet in FPL, with Nick Pope the latest to show prove so. He’s statistically the most valuable player in the entire game, racking up over 30 points for every million that you’ll spend on him.

Still, £5.5m might be more than willing to spend on a keeper. The choice is yours…