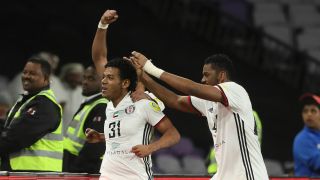 Al Jazira edged to a battling 1-0 win over Auckland City in the first round of the Club World Cup on Wednesday, moving a step closer to a glamorous meeting with Real Madrid.

Romarinho drilled Al Jazira in front after 38 minutes, starting the move himself on the left wing and then finding the bottom-right corner from 20 yards, and the goal proved to be the winner.

The New Zealanders should have equalised after 74 minutes when Cameron Howieson's low left-wing cross found Ryan de Vries six yards out, but he fired a tame effort straight at goalkeeper Ali Khasif.

Al Jazira will now take on Asian Champions League winners Urawa Reds on Saturday for the right to face holders Madrid in the semi-finals.

When you catch the ball just rightDecember 6, 2017