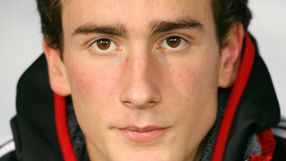 The 22-year-old was at Liverpool between 2005 and 2009 and was part of their FA Youth Cup winning team in 2006. He also appeared as a first-team substitute in a Champions League match against Galatasaray in December 2006.

"The doctors are hopeful it's not too far advanced," he said, adding that he would be out for the rest of the second-division season.

Xabi Alonso, the player Roque replaced in the Galatasaray game, sent a message of support to his former team-mate on his personal Twitter account.

"They have found a tumour in the pelvis of Betis and former Liverpool player Miki Roque," Alonso, now at Real Madrid, wrote. "A big hug for him."