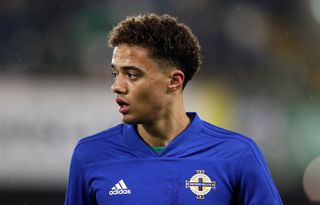 A huge clash for Northern Ireland as they head to Bosnia-Herzegovina for this UEFA Euro 2020 Play-Off semi-final. A win will take them into the final, where they will face either Slovakia or neighbours the Republic of Ireland on November 12.

The winner of this clash will also have the honour, and the huge advantage, of hosting that final. An all-Ireland clash for a spot in the European championships would be a sensational affair.

Ian Baraclough's side are favourites to reach the November showpiece, thanks to their superior status in the FIFA world rankings. Northern Ireland, in 38th position, sit 12 places higher than their opponents and know they have the talent in their squad to cause headaches for the hosts.

Northern Ireland will be desperate to reach Euro 2020, having won round plenty of neutrals with their heroics four years ago. At Euro 2016, Northern Ireland managed to make it out of their group before being knocked out by Wales in the round of 16. There is no shame in that, of course, and a certain chant about Will Grigg made them a lot of fans' second favourite team at the tournament.

Those are distant memories now, however, and Northern Ireland know they have a huge job on their hands this evening. Win this, and fans can start to dream.

Kick-off is at 7.45pm BST and the game is being shown on Sky Sports Premier League in the UK. See below for watching details where you are.