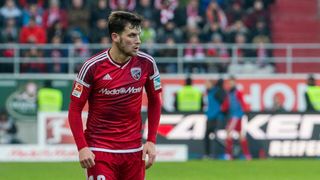 The 25-year-old midfielder signed a four-year-deal with the club after an undisclosed fee was agreed with Ingolstadt, who have been relegated from the Bundesliga.

Gross created more chances (95) than any other player in the Bundesliga this season and he is set to complete his move to Brighton on June 10, when the transfer window opens.

Brighton secured promotion to the Premier League for the first time in the club's history after finishing second behind Newcastle United, with manager Chris Hughton expecting Gross to be a complementary addition to his squad.

"We are delighted that Pascal has opted to sign for us, amid interest from a number of clubs from the Premier League and across Europe, and I am pleased to welcome him to the club," Hughton said.

5 years full of passion! Our midfielder Pascal leaves the and will join . Thanks for everything, Pasce  May 19, 2017

"He offers something different to our existing midfielders, as an attacking midfielder in a more advanced position, operating behind the forward line; he will give us a different and new option going into the new season."

95 - Pascal Groß has created more chances than any other player in the German Bundesliga this season (95). Seagull.May 19, 2017