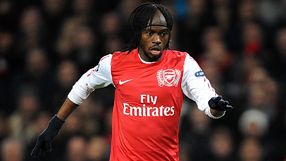 The Gunners' 3-0 victory over Aston Villa was the Ivorian winger’s first start in the league since returning from the tournament in February.

"I spoke to the coach when I came back [from the Africa Cup of Nations]," Gervinho told the Arsenal matchday programme.

"He knew I was tired and I needed a bit of time to recover and to get back to my best. Now, I feel good again."

The 24 year-old added that he is confident the club will maintain their position in third place and secure automatic qualification for next season’s Champions League, despite the wobble at the weekend against Queens Park Rangers.

"I want to finish the season well and be a key part of the team in the last games of the season and help the team to finish in the top three."