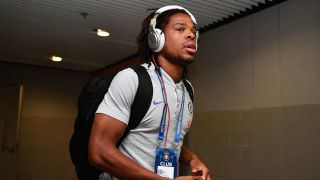 Loic Remy has joined Las Palmas on a free transfer from Chelsea, signing a two-year deal.

The France international signed for Chelsea in 2014, but started just nine Premier League games in two seasons before enduring an injury-hit loan spell at Crystal Palace in 2016-17.

But Antonio Conte's men have now released Remy from his contract, which had one year to run, allowing him to join the Liga club.

The forward joins Las Palmas as they sit bottom of the league table, losing their first two games of the season and scoring just once.