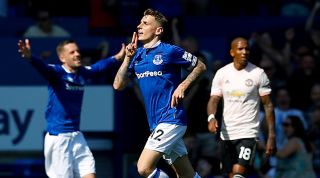 LucasDigne may be on his way out of Everton, with Tottenham looking for a deal which could see DannyRose go in the opposite direction, the Daily Mirror says. Mauricio Pochettino was interested in the French defender when he left Barcelona, the paper adds.

Chelsea and Real Madrid have agreed a €130 million fee for EdenHazard, the Daily Mail says.

Manchester United are to enter a tug of war with Juventus for the signature of Kalidou Koulibaly, reports the Daily Mirror. The Napoli and Senegal centre-back is among the top targets of United manager Ole Gunnar Solskjaer, the paper adds.

United are also among a pack of three interested in bringing in YouriTielemans for £40 million, writes the Daily Mail. The midfielder spent last season on loan at Leicester from Monaco, with the Foxes and Tottenham also keen.

Lille winger NicolasPepe continues to be linked with a move to Champions League winners Liverpool, with Manchester United and Arsenal also keen on the £70m-rated man, according to the Daily Mirror.

Matthijs de Ligt: The Dutch defender will move to either PSG or Barcelona, with Manchester United out of the running, according to Marca.