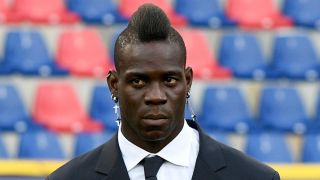 Alexis Sanchez is refusing to leave Manchester United despite Ole Gunnar Solskjaer threatening to drop him to the reserves if he stays, and Roma are now looking at other targets, The Sun reports.

Italy striker Mario Balotelli is set to sign a three-year deal with Serie A side Brescia after rejecting an offer from Brazilian side Flamengo, according to the Guardian. The Italian had previously professed a desire to finish his career with his hometown club.

Everton and Nigeria winger Alex Iwobi says he left Arsenal on deadline day to prove he is no longer just an emerging talent, according to the Mirror. Iwobi moved to Goodison Park on a five-year deal worth £35 million.

In other Red Devils news, the Mail says United decided against signing Sporting CP midfielder Bruno Fernandes after their scouts warned he takes too many risks in possession.

Daniel Sturridge: The former Liverpool striker, 29, looks set to sign for Turkish side Trabzonspor in a deal worth 3 million euros (£2.8 million) per season, according to Goal.

Christian Eriksen: Tottenham will sit down with the 27-year-old to discuss a new contract before the European transfer window closes on September 2, amid interest from Real Madrid and Juventus in the Denmark midfielder, says the Independent.

QUIZ! Can you name all 24 clubs to have won the UEFA Super Cup?

EXPLAINED When will we find out how to watch La Liga on UK television this season? Explaining a sorry situation...