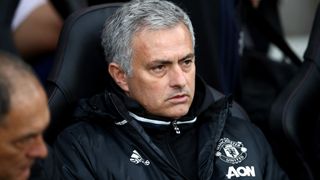 Manchester United manager Jose Mourinho hopes Crystal Palace go "soft" on his team as he again vented his frustration with his side's schedule.

United's busy run of fixtures continued with a 0-0 draw at Southampton on Wednesday, a clash which marked their fifth game this month.

Unable to move from sixth in the Premier League, they host Palace, who have avoided relegation, on Sunday, days before the Europa League final against Ajax.

Mourinho said his side's league outing should have been moved to Saturday as he asked for Palace manager Sam Allardyce to take it easy against what is set to be a youthful United team.

"I never saw any detail of trying to care about the English teams involved in European competitions," he said.

"I hope that Big Sam shows he's a good friend and they go slow. He tells [Wilfried] Zaha to go slow, he leaves [Christian] Benteke at home. I hope he goes soft on us."