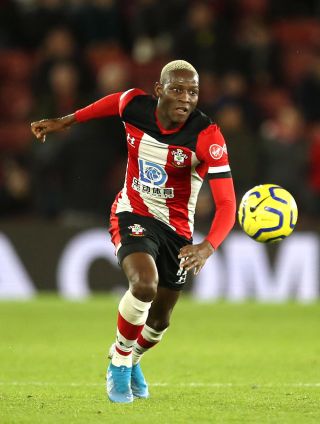 Southampton will have winger Moussa Djenepo available again for the Premier League match against Newcastle.

Mali international Djenepo missed the defeat at West Ham after being given compassionate leave after the death of his mother.

Striker Danny Ings is in contention to return to the starting line-up, but Stuart Armstrong is out following a concussion. Will Smallbone is laid low by illness and winger Nathan Redmond (hip) remains sidelined.

Newcastle head coach Steve Bruce will make a late check on full-back Javier Manquillo after he complained of soreness following two starts since his return from a hamstring injury.

Manquillo played the full 90 minutes against Burnley last Saturday and then in the FA Cup fifth round victory at West Brom in midweek having been out since New Year’s Day.