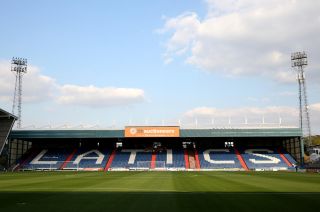 The 25-year-old Czech has agreed a one-year deal with the option of a further year.

Egert, who made three appearances for the Brewers in the Championship, is fit after missing last season with an anterior cruciate ligament injury.

The centre-half, who began his career with Slovan Liberec in the Czech Republic, has been training with the Latics over the summer to build up his fitness.