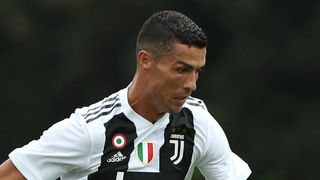 Cristiano Ronaldo joining Juventus will be a significant boost for Serie A, believes Lothar Matthaus.

The Italian champions sealed a deal worth €112million to bring the Portugal captain to Turin from Real Madrid, where he had won four Champions League titles in the past five years.

Juventus are already dominant in Serie A, with the club winning each of the last seven Serie A titles, but they have repeatedly fallen short in the Champions League.

And Matthaus, Germany's most-capped player, feels the arrival of 33-year-old Ronaldo could help Juve secure a first European crown since 1996.

"The transfer is a highlight for both the football and marketing departments," Matthaus said to Bild.

"The hype around Ronaldo is huge, Serie A benefits greatly from the change.

"Ronaldo is no longer in the best footballer age. I think he will focus on the Champions League."

Napoli were Juve's closest challengers last season, but they have lost star midfielder Jorginho and coach Maurizio Sarri to Chelsea.

Matthaus is tipping Luciano Spalletti's Inter, strongly linked with a move for Madrid's Luka Modric, to push Juve in the race for the Scudetto.

"They have played a great second half of the season and on the last day reached the Champions League," World Cup winner Matthaus added.

"They have some strong players in the squad. Inter is stable, compact, powerful."