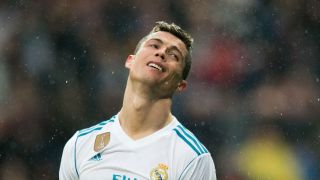 Suggestions of a Madrid move for Neymar surfaced in late 2017 and have continued into the new year, despite the Brazil international only moving to Paris Saint-Germain in August.

PSG have continued to refute the claims, and Calderon says bringing them back into the public eye is just a tactic to ease pressure on Zinedine Zidane's side.

"Filter a story that you are prepared to swap Cristiano for Neymar to cover up the crisis and unrest among the fans is a foolish move and will only impact on the harmony within the squad," Calderon posted on Twitter.

"There is still much football to be played this season and it's not a shrewd move to point the finger at the very player who could get the club out of its current situation."

Barcelona could extend their advantage over Madrid with victory over Real Sociedad on Sunday.