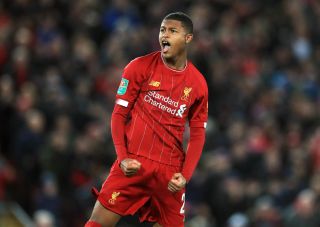 Crystal Palace are interested in securing Liverpool forward Rhian Brewster on loan in the January window, The Sun reports. The 19-year-old forward is also being watched by Bristol City and Swansea and some German sides if he is made available on a short-term contract. Brewster gained the Golden Boot after he helped England win their maiden Under-17 World Cup in 2017.

The 21-year-old Czech midfielder Alex Kral could be leaving Spartak Moscow for the Premier League, according to the Norwich Evening News. The young player’s role in the stunning 2-1 Euro 2020 defeat of England in October has marked him as a target for Norwich, Everton and Newcastle.

Florinel Coman is being hunted by Manchester City, according to the Daily Mail. The Romanian winger, 21, has been compared to France’s Kylian Mbappe after he scored twice to beat England during the summer’s Under-21 European Championships. The Steaua Bucharest player is also being monitored by West Ham and Roma.

Tyler Onyango: The 16-year-old midfielder is now training with Everton’s under-23s and has impressed the junior side’s manager David Unsworth, according to the Liverpool Echo.