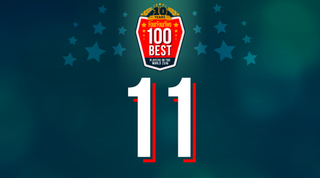 In football, creating a whole that exceeds the sum of its parts is generally a task for managers rather than players. Thomas Muller, though, is a footballer who seems to have elevated that ability into an art form. In terms of eye-catching attacking attributes, Muller possesses practically none – he’s not especially quick, tall or strong, rarely shoots from long range, and isn't a distinguished dribbler – and yet he’s one of the most effective and high-pedigree forwards on the planet.

Equally impressive is that he hasn’t overcome those limitations through the traditional route of dutiful industry (although there's plenty of that), but instead with a lightning-quick brain. His self-appointed nickname of the Raumdeuter – the Space Interpreter – has become famous not just because of its originality but also because it perfectly captures the skill that has fired Muller to global eminence.

In that sense, Muller is the prototypical modern attacker: he has no ‘natural’ or fixed position, instead playing the game with flexibility and acute tactical understanding, allowing himself to be guided by his instinct for showing up in exactly the right place at precisely the right time.

It’s an instinct that’s served him well. He’s creeping steadily up Germany’s all-time top-scorers chart (currently 10th, one behind Oliver Bierhoff) and has – until recently at least – become an indispensable part of one of the most dominant Bayern Munich sides of all time, which is no mean feat. “In my team, Muller always plays,” Louis van Gaal famously said, and it was a maxim that Pep Guardiola pretty much followed to the letter, too.

And yet despite flourishing in his three years under Guardiola’s tutelage, Muller's lost some of that momentum since Carlo Ancelotti took the reins. His role within the Italian’s 4-3-3 system is not yet clear, with Muller yet to score a league goal at a point in the season when he had 10 to his name last term.

In this sense, his jack-of-all-trades status has come back to bite him: he’s a lesser No.9 than Robert Lewandowski, a lesser winger than Arjen Robben and Douglas Costa, and a lesser playmaker than Thiago Alcantara. As such, he’s sometimes had to make do with a spot on the bench, which isn't something he’s been used to in recent years. A bizarre recent feud with the political establishment of San Marino was the latest episode in a campaign where frustrations have so far outnumbered perks.

But let’s not overplay what at this stage is little more than a brief loss of form. In the context of a wildly impressive career, Muller’s current iffy spell qualifies as blip rather than crisis, and there are few sages who don’t think Ancelotti’s Bayern will be a more fearsome prospect if and (in all likelihood) when they carve out a settled role in the starting XI for their space interpreter-in-chief.

This is, after all, a striker who has not only averaged a goal a game for his country since the summer, but who six months ago was celebrating the most prolific season of his career (32 goals was the final tally) with a pair of major trophies. Onwards and upwards.