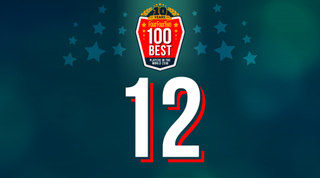 Answer this: are there any teams in world football which Luka Modric wouldn't improve? In fact, how many of the elite sides from the last 25 years would he have made better? It's a pertinent question because, at 31 and with the sun setting on his prime, it will soon be time to consider Modric's place in football history.

In 2016 he became a European champion for the second time, operating on the right of Zinedine Zidane's three-man midfield. The Santiago Bernabeu is a strange place and it's easy for a Modric-like figure to get lost among the egos, but this was the year in which it was finally accepted that even Real Madrid aren't quite the same without him.

Modric is habitually an understated performer and, in a team which naturally creates highlights, it can be difficult to properly isolate what he brings. He had a very accomplished year, but also a subtle one: his influence was most felt in the texture of games – in their speed and feel, and in the rhythm with which Madrid were able to move the ball up and around the pitch.

In 2015/16, he averaged more passes per game in La Liga than during any other season since moving to Spain. It's a one-dimensional statistic, but it's as good a way of illustrating his growing influence as any. In a more advanced role in England, he would provide neat flourishes and push wingers into attacking space; as his position has deepened at Madrid, the way he affects games has changed. Modric is more fundamental now than at any other point in his career, while the breadth of his influence is also wider than ever before.

When a player is described as the heart of his side, images are conjured of uncompromising tackles, boundless energy and a pure form of leadership. But although he doesn't suit those associations, it would still be entirely fair to describe Modric as Madrid's heart.

Beyond the smooth, metronomic distribution (is there a prettier pass in football than the one he gives with the outside of his right foot?), the Croatian has developed key understandings with his full-back (most often Danilo, sometimes Dani Carvajal) and his advanced playmakers, and exhibited positioning and tactical disciplines which, for a while, were assumed to be beyond him. Modric's evolution was glimpsed in the space he covered, the gaps he filled and much of what he did without the ball. Essentially: the dirty work, the roles thought to be beyond finesse players.

He certainly benefits from the balance of the surrounding midfield – the security offered by Casemiro and the expression of Toni Kroos – and from playing behind that heavyweight forward line. Without Modric, though, none of it would work quite as well as it does. In 2016, he's once again been the grease in Madrid’s gears and the oxygen in their lungs.