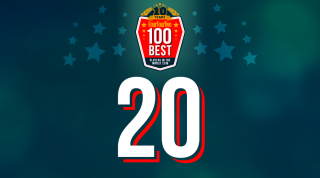 So, no, the Premier League isn’t quite the Thunderdome of world football and we should really stop stressing its physicality. However, it would do Mesut Özil a great disservice to pretend that he didn't experience a culture shock when he first arrived in the country, and that his subsequent adaption hasn't been thoroughly impressive.

More than any other recent major signing, the German playmaker has had to labour against reductive stereotypes. His style and Willo The Wisp mechanics have made him easy prey for those who seek to label; in the early months and even to this day, he continues to be flogged with pejorative cliches concerning his work-rate and attitude.

Truthfully, the assist culture that has flared up around him has gone a little too far. Not because Özil isn't one of the most creative players in England (he is: 19 assists in 2015/16 proves that), but rather it reduces him to less than he is. To call him a simple facilitator is to ignore the intelligence with which he moves, the defensive attention he attracts and his ability to influence games without being obviously involved.

See it to believe it

The irony is that, globally recognisable star though he is, Özil isn't really built for the support-by-television age. He's a pertinent example of a player who should only ever be watched from inside a stadium and by those who can see the entire pitch; that's when his influence is most vivid, where he’s most obviously more than just binary code.

Arsenal have been re-weighted in late 2016. Alexis Sanchez has been used most often as a false nine and, in turn, there’s been a greater emphasis on Özil's goalscoring. The assists have receded, but his overall impact has grown: his run-and-header against Watford portrayed his evolving role and his volley against Chelsea, at the end of a flowing counter-attack, was the embodiment of his languid class. In November, his masterpiece against Ludogorets completed a fine comeback and, as if to rally against those accusations of big-game anonymity, Özil was crucial to his side's hopes of topping their Champions League group.

Unusually, 2016 didn't bring any international success, with Germany suffering a relatively disappointing European Championship. At 28 and in his theoretical prime, though, Özil looks more at home in English football than ever before and, more importantly, as rounded a footballer as he's ever been.

With the conditions now suited perfectly to him at club level and with a supporting cast that looks equipped to achieve, this could be the season in which Arsenal finally end their title drought. Good for Arsene Wenger, good for the supporters, but also good for Özil – his detractors have used that surrounding failure to not only prop up their accusations but also as an excuse to turn away from his more subtle, ethereal qualities.

Özil has won a league title in Spain and the World Cup with his country, so universal acceptance in England will always be a secondary concern. However, the rubber stamp of a championship would add some neat symmetry to this story and weight his mighty talent with some overdue gravitas. Less than what Özil can do for Arsenal, it's more what Arsenal can do for Özil: he's operating at the extremity of his talent and it falls on those around him to translate that into something more tangible.