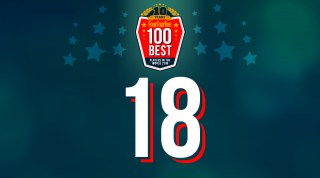 “It’s not bragging if you can back it up.” One of the many soundbites attributed to Muhammad Ali, who passed away this year, could easily have been said by Zlatan Ibrahimovic. The striker’s career has been driven by two forces: bragging, and backing it up. This year, the latter has never been more necessary.

It doesn’t matter if you’re being tongue-in-cheek or masking insecurity with bluster: when you say, “I won’t be King of Manchester – I will be God of Manchester,” you tend to invite scrutiny, especially in English football’s microclimate of self-importance. Furthermore, the sceptred isle has never allowed itself to be convinced by Ibrahimovic’s qualities. As soon as he signed for Manchester United, then, it was vital for his image that he delivered on his bombast.

It was vital for Jose Mourinho’s image, too: by reputation, ‘failure’ isn’t in the 53-year-old’s lexicon. And it was vital for United, cornered into his appointment by their cross-city rivals’ calculated empire-building and their own balls-up of the Fergie transition.

After Mourinho, United signed Ibrahimovic and Paul Pogba as a statement to the league, choosing to ignore the small issue of Mourinho’s 4-2-3-1 system not suiting either of them. Ibrahimovic is a lieutenant for Mourinho, who said of the Swede, “I need guys on the pitch to read the game and understand what we want” (for ‘we’, read ‘I’). But so far, Ibrahimovic and Pogba’s best moments in a red shirt have come from their natural ability.

And so, Ibrahimovic has flopped in England. Right? Wrong.

The Swede delivered immediately. After opening his account with a trademark acrobatic volley in pre-season, he scored United’s winner in the Community Shield, and then from 25 yards on his league debut against Bournemouth.

Four goals in his first four Premier League games also included a vastly underrated strike in his first Manchester derby (watch it again and name three other players in the world who’d score that).

And then: six games, no goals, more questions. He responded in typical Zlatan fashion, saying, “The goals will come: I have more than 450 goals in my career so that is the last thing I’m worried about” and hitting two against Swansea, but others were concerned by that blip.

If we’d drawn up this list a few months ago, he’d have been on the rise from last year’s 16th. Instead, he’s down two places. So, you may ask, why is he in our Top 20 at all?

It’s crucial here to remember 2015/16. Our timeframe covers far more of that season than this one. And Zlatan Ibrahimovic had an incredible 2015/16.

Even if you think Ligue 1’s full of rubbish – and the French teams who keep beating English sides in Europe would disagree – it's impossible to look at Ibrahimovic’s goal record without awe. Last season it bordered on ridiculous: 29 league starts, 38 goals, 13 assists. Directly contributing to 51 goals over 29 games? That’s insane. Ibrahimovic won Ligue 1’s Golden Boot with the second-highest tally in its 85-year history; he also set a personal first: 50 goals in a season, across all competitions.

How Manchester United could do with those goals now. Ibrahimovic still has work to do in 2016/17 – and 2017/18, what with the 35-year-old having unexpectedly been offered another year already. It’s time to back it up.