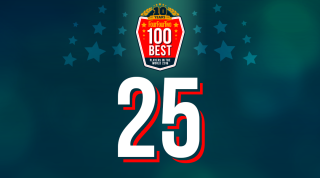 When Antonio Conte arrived at Juventus in the summer of 2011, it only took him a few matches to recognise the true strength of his squad. He may have been blessed with a wonderful midfield, but the Bianconeri's recent success has undoubtedly been built on the incredible ability of their three-man backline.

Along with goalkeeper Gigi Buffon, the "BBC" trio have been consistent, dependable and almost unbeatable. But while Andrea Barzagli and Giorgio Chiellini are now approaching the end of their respective careers, Leonardo Bonucci is at his peak.

Once undeniably the weak point of Juve's defensive unit, Bonucci has improved almost every single facet of his game and blossomed into one of the finest central defenders in the world. Conte clearly understood that his ball-playing ability would be an invaluable weapon, placing him in between his two veteran team-mates and allowing him to step forward into midfield whenever the opportunity arose.

At Euro 2016 – where his perfectly weighted assist allowed Emmanuele Giaccherini to open the scoring against Belgium – Bonucci proved he had become a master at doing just that, showcasing an ability that Serie A watchers had long been aware of. He also displayed his incredible mental toughness, dispatching a penalty in the quarter-final clash with Germany as the Azzurri again impressed and the 29-year-old continued his streak of netting in big games.

In the past two seasons alone, Bonucci has scored goals against Inter, Lazio, Fiorentina, Milan and Roma, helping Juventus overcome their biggest rivals on the path to Serie A glory. The Turin-based giants are aiming to secure a record sixth consecutive title this term, and Bonucci belongs to the small band of players who have been with the club through that entire period.

Yet for all his goals and incredible passing, Bonucci is first and foremost an accomplished defender. Strong on the ground, excellent in the air and almost invariably in the right position, the centre-back has emerged as a leader in a team of winners.

Following a stellar showing against Bayern Munich in the Champions League last term, Pep Guardiola labelled the Italian “one of my favourite-ever players”, leading to speculation that a move to Manchester City could be in the offing. There was talk of a €45 million bid being rejected, as well as rumours relating to a reunion with Conte at Chelsea, but the man himself had other ideas.

“If I said that I wasn’t tempted this summer by an offer from England, above all for the coaches that wanted me, then that would be a lie,” Bonucci admitted. “But Juventus is my home and I'm happy to have remained. My dream was to win with this shirt and now I am here, ready to improve as a player and challenge myself to make this team become a legend.”

He now has that chance.