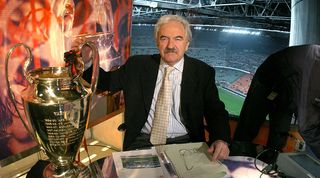 The Times report that ITV and Sky Sports are both keen to snatch back rights from BT, who shelled out £1.2bn for the privilege of showing Champions League matches for three seasons back in March 2017.

ITV and Sky shared rights up until 2015, before BT took a seat at the table and nudged the pair aside with successive rights war victories.

But while the current deal represented a near-£300m increase on its predecessor, UEFA are said to be concerned about viewing figures and know that a combined Sky/ITV audience would be vastly higher.

As a result, BT – under pressure to cut their spending, according to the report – could lose the rights they first won in 2013.

With subscription television channels under pressure to provide maximum value in a hugely competitive environment, Sky could return to contention; currently, they have the lion’s share of Premier League football, plus Football League, domestic cups and (non-England) international football.

In January 2017 they struck a deal with UEFA to show Nations League matches, which could fall in their favour as they prepare to go back to the negotiating table with European football’s governing body.

A prospective deal could see ITV reclaim one or two matches per week on Tuesdays and/or Wednesdays, with Sky taking the rest.

QUIZ! Can you name every player to score 50+ goals for a single Premier League club?

The Times also reports that there will be a slight change to kick-off times in the early slot – 5:45 pm from 5:55 pm.

Winning the rights to the Champions and Europa League will also earn the victors a piece of UEFA’s brand new third competition – the anticipated-by-nobody Europa Conference League, which will have one English representative in it. Lucky them!

Tyldesley on West Ham vs Hammarby: it’s the stuff dreams are made of, Clive.

LIST 10 managers whose reputations were ruined in the Premier League