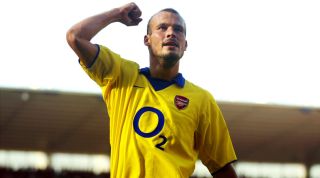 No matter how desperately both England and Sweden want to win their quarter-final in Russia, it seems unlikely to become a blood feud which could rival England-Argentina or, erm... whoever Swedes really want to beat. Denmark?

Swedish players have been a regular feature in England’s top tier during the Premier League era, and the majority – with one, mighty, 6ft 5in exception – have been chilled characters who tend not to rile up fans of other clubs.

Each of these players has made their mark on an opponent, however, as these are all 29 Swedes to score in the Premier League; from the attacking players in double figures to the centre-backs who nodded in one or two.

It’s damn tricky – but like England at the World Cup, we know you like to do things the hard way. So get cracking (anything over halfway is a good score) and then let us know your score @FourFourTwo – we’ll retweet the best, if you don’t give answers away. Challenge some friends while you’re at it!