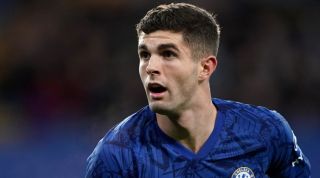 It's that time of year again. The evenings are gradually getting lighter again and January provides a halfway mark for clubs across Europe to assess and invest: which signing will get your team out of the dark?

While this January hasn't exactly been the free-spending, cash-flashing month that it can be, history proves that there are definitely deals to be done during the winter window.

So join us, as we collectively rack our brains for who it was that Harry Redknapp was questioned about when he leaned out of a Range Rover and whether or not Manchester United really did spend that much on a player from their own academy.

We've compiled the five most expensive Premier League buys of the last 12 windows - that's six years, by the way - to truly to test your ability to recall the flops, the bargains and everyone in between.

Once you’re done, we’d love to hear those scores of yours @FourFourTwo as usual.

While you're here, why not take advantage of our brilliant subscribers' offer? Get the game's greatest stories and best journalism direct to your door – just £3 for 3 issues. Cheers!