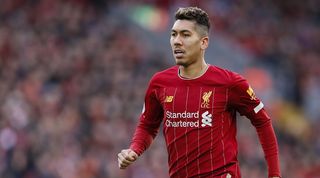 Bayern Munich are on the lookout for someone to support and perhaps succeed their star goalscorer, Robert Lewandowski.

Thomas Muller is also rumoured to be open to leaving the club so the need for reinforcement is seen as a pressing issue.

According to the Liverpool Echo, the Bavarians are eyeing up Liverpool's Roberto Firmino as a potential summer signing.

But it's believed Bayern's chances of signing one of Liverpool's formidable front three are very slim.

Bayern's interest is reportedly a result of being aware of Liverpool's own interest in Timo Werner.

The RB Leipzig striker has scored 27 goals so far this season and is said to be attracting interest from some of Europe's top sides.

Werner recently referred to Liverpool as the best team in the world and said Jurgen Klopp was the best coach on the planet too.

The 23-year-old is reported to have a £51m release clause that expires in April, so the Reds would have to move fast to secure him for that price.

Werner himself is said to be wary of the fact he may be playing second fiddle to Firmino at Anfield, at least to begin with.

Klopp said himself that any incomings would have to fight for their place with no exceptions.

"It's easier if players see you as that," he said. "If they see you are successful, it's easier to get into talks with players.

"But on the other side, it's more difficult the better your team is because they ask questions like, 'where and when would I play?'

Video: Watch Wolves' Pedro Neto miss the sitter of the season so far