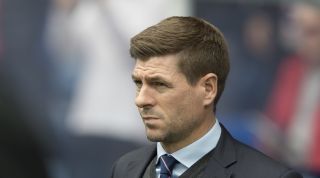 Rangers lost the first leg of this last-16 clash 3-1 at home back in March, meaning they need a minor miracle to progress.

Bayer Leverkusen are a superior side on paper and, with three away goals to rest on, will fancy their chances of reaching the last eight. If one man knows a thing or two about producing magic when all seems lost, though, it's Gerrard. Expect Rangers to throw everything at their German opponents.

Kick-off is at 5.55pm BST and the game is being shown on BT Sport 2/BT Sport Extra 2 in the UK. See below for watching details where you are.