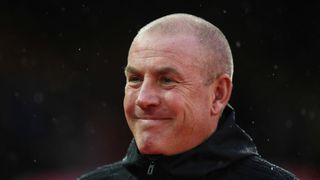 Coventry will play their first home game in the Championship since 2012 this weekend, although it’s St Andrew’s rather than Ricoh Arena that will host Saturday’s clash with QPR.

The fact that the Sky Blues will be playing all their home fixtures in Birmingham rather than Coventry this season illustrates what a fine job Mark Robins has done to take them back to the second tier.

Coventry have overcome numerous off-field problems to give their supporters something to be proud of again. Victory this weekend would only strengthen that feeling.

Robins’ side were narrowly beaten by Bristol City last time out, but there was enough in their performance to suggest survival is well within their grasp.

QPR lost star man Eberechi Eze to Crystal Palace this summer but got their season off to an excellent start with a 2-0 defeat of Nottingham Forest.

Mark Warburton impressively steered a young QPR team to a mid-table finish in 2019/20 and a repeat performance will be the target this term.

Although Bright Osayi-Samuel could soon follow Eze through the exit door, the winger remains on the books for now and will therefore play against Coventry.

George Thomas is in line for his first QPR start against his former club, who sold the midfielder to Leicester in 2017.

Fellow summer signings Tom Carroll, Lyndon Dykes and Rob Dickie will also hope to be involved in the second city.

Robins could stick with the same side that lost to Bristol City. Matt Godden, the club’s top scorer last season, opened his account for 2020/21 at Ashton Gate and will be relied upon for goals throughout this season.

He will be supported in attack by Jamie Allen and Callum O’Haire, the two wide forwards in Coventry’s 3-4-3 formation.

The Sky Blues’ midweek League Cup loss to Gillingham won’t bother Robins if his team get off the mark in the Championship this weekend.

Kick-off is at 7.45pm BST and the game is being shown on Sky Sports Football/Sky Sports Main Event in the UK. See below for watching details where you are.