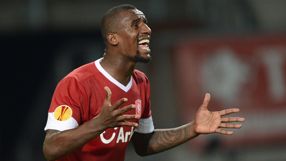 The 24-year-old Douglas, who joined Twente Enschede in 2007, got Dutch nationality in November 2011 but had to wait until August this year to become available for the Dutch team.

Van Gaal had named a 20-man squad on Friday and said he would leave open the door for Joris Mathijsen, who has recovered from a hamstring injury, if the defender saw action with his club Feyenoord at the weekend.

However, Feyenoord coach Ronald Koeman kept Mathijsen on the sidelines for Sunday's 2-2 draw at Groningen.

The Dutch won their first two qualifiers against Turkey and Hungary in Group D and will host Andorra on Friday in Rotterdam before they play Romania away next Tuesday.