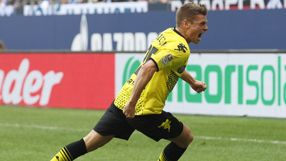 "I have been playing here for two years and in that time I have grown close with the football culture here, the club and the fans," said the 27-year-old in a statement.

"It is an honour and responsibility to play for this extraordinary club."

Piszczek has been a target for several top European teams since Dortmund landed the first of two consecutive league titles in 2011.

"We have managed to get a long-term commitment from one of Europe's most sought-after defenders who in the past years has been a pillar of our success," said sports director Michael Zorc.

Dortmund host Real Madrid in the Champions League on Wednesday.