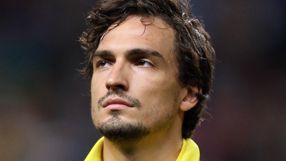 The 23-year-old signed a five-year contract with the Bundesliga side in June after securing back-to-back titles and the German Cup last season.

Hummels was linked with both Manchester United and Barcelona before penning his new deal, and has conceded that a move elsewhere may be difficult to turn down one day.

"One day I will say that I am keen on a transfer," Hummels told German newspaper Bild.

"To play football in a new country would be flattering. I already had offers and one enquiry from these offers was really one of interest for me.

"But I told myself that the time is not right for such a move. There was a reason behind my recent contract extension. When you are a Borussia Dortmund player then you do not move to all clubs.

"In the Bundesliga it would just be about Bayern Munich, but this club has no shortage in my position. In Europe there are just about four to five clubs that would really interest me."