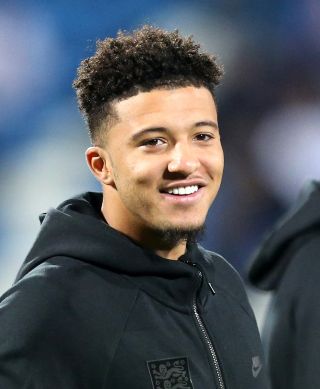 Jadon Sancho has been included in Borussia Dortmund’s squad for their pre-season training camp in Switzerland despite continued interest from Manchester United.

United are hoping to make 20-year-old Sancho their marquee signing this summer, but the two clubs have so far been unable to agree on their valuation of the player and Ole Gunnar Solskjaer remained tight-lipped on the subject after Wednesday’s 2-1 win over LASK in the Europa League.

He said: “I’ve got no news, no update. We’ll update you if something happens.”

Sancho joined Dortmund in August 2017 from United’s rivals Manchester City and has established himself as a key player in Germany.

The winger’s form earned him a maiden senior England call-up a year later and he has been a regular under Gareth Southgate ever since.

Joining Sancho on Dortmund’s pre-season training camp to Switzerland is 17-year-old Jude Bellingham, who signed for the club last month.

The England youth international agreed a move to Signal Iduna Park after a successful debut campaign with Birmingham in the Sky Bet Championship.