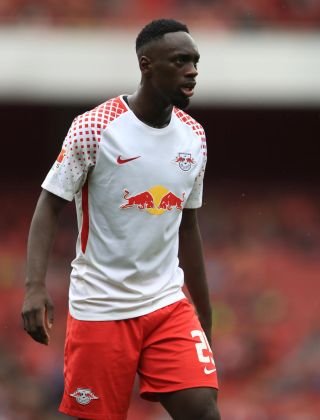 Leeds have signed striker Jean-Kevin Augustin on loan from RB Leipzig with a view to a permanent move.

The France Under-21 international, who spent the first half of the season on loan at Monaco, is Leeds’ third signing during the January transfer window.

“The striker joins the Whites on an initial loan deal until the end of the season from Bundesliga outfit Red Bull Leipzig.”

Leeds added: “He will wear the number 29 shirt for Leeds during his time at Elland Road and the club hold the option to sign the player on a permanent basis upon completion of his loan spell.”

Augustin progressed through Paris St Germain’s youth system, making his first-team debut in April 2015, and was signed by Leipzig for a reported £11million in the summer of 2017.

He scored 20 goals in 67 appearances in all competitions for the Bundesliga club before returning to France on loan with Monaco at the start of this season.

Leeds, in the hunt for a new striker since Eddie Nketiah’s loan spell was cut short by parent club Arsenal earlier this month, confirmed last week that a third bid for Southampton striker Che Adams had been turned down.

Augustin, who scored one goal in 12 appearances for Monaco, is Leeds’ third signing in January following the arrivals of goalkeeper Elia Caprile from Chievo and winger Ian Poveda from Manchester City.