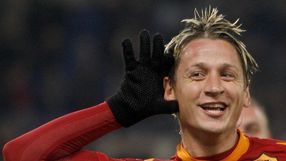 The Gunners' boss may be forced to make a move in the January transfer window with centre-back Thomas Vermaelen still struggling with injury.

Arsenal’s backline would no doubt welcome the strength of Mexes and he would join the plethora of French defenders already on the Gunners' books, including Gael Clichy, Bacary Sagna, Laurent Koscielny and Sebastian Squillaci.

When asked to comment about speculation linking him with a move to Emirates Stadium, Mexes said: "I'm open to all proposals. The Premier League is one of the best in the world. It is the most publicised, with the greatest players in the world. It's very exciting. It makes you want to go there."

Wenger is believed to have drawn up a shortlist of defenders, which reportedly features Paris Saint-Germain's Mamadou Sakho, Bolton Wanderer’s Gary Cahill and Everton’s Phil Jagielka.