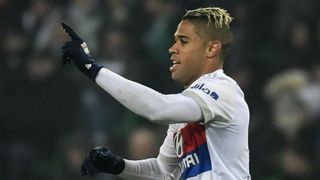 Lyon snapped up Mariano for a reported €8million in August and the 24-year-old has made a flying start to life in Ligue 1, scoring nine goals in 12 appearances.

The French club last month issued a release announcing no clause that could force the striker to return to the Santiago Bernabeu exists.

Amid reports Madrid coach Zinedine Zidane wants to bring Mariano back for next season, Aulas has reinforced Lyon's stance.

In response to an article linking the Dominican Republic international with a return to Spain, he tweeted: "It is false there is no special buy-back clause for Real!"

Lyon entertain Montpellier when they return to action after the international break on November 19.