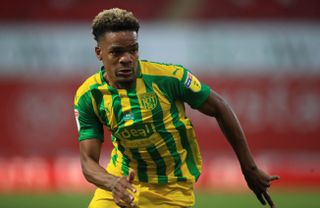 Newly-promoted West Brom have completed the permanent signing of winger Diangana on a five-year deal and both Noble and Wilshere made their feelings clear on social media.

Noble’s tweet read: “As captain of this football club I’m gutted, angry and sad that Grady has left, great kid with a great future!!!!!”

As captain of this football club I’m gutted, angry and sad that Grady has left, great kid with a great future!!!!! https://t.co/oNPPEp8Pt6— MARK NOBLE (@Noble16Mark) September 4, 2020

Wilshere responded by posting a comment on Diangana’s Instagram page, saying: “Go and do your thing in a club that respects you. Big player with a big future.”

Diangana scored eight goals in 30 appearances for the Baggies and the England Under-21 international is excited to make his mark in the top flight.

“I know I can bring more to the game and to the team,” he said.

“I’m still young and last year was like my first season in senior football. I feel I am only going to get better.

“And I believe in the style of football we play under (West Brom boss) Slaven (Bilic). I think we will be suited for the challenge ahead because if you can’t keep the ball in the Premier League it will be tough.

“We have the quality to do that and compete and if we go with the ambition of doing well and not just surviving we can exceed some people’s expectations.”