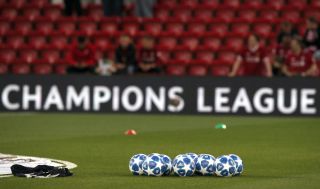 Liverpool have joined Manchester United, Tottenham and Manchester City in the quarter-finals of the Champions League, meaning English clubs have matched their own record in the competition.

The Premier League is the only domestic competition ever to have had four clubs represented in the last eight and, with City, United and Tottenham already through, Liverpool have repeated the English feat of 2007-08 and 2008-09 following their 3-1 second-leg victory at Bayern Munich on Wednesday night.

Here, Press Association Sport looks back at the two previous occasions when four English teams made the last eight.

There had been previous instances of all three of a country’s entrants reaching the last eight but the Premier League’s long-established ‘big four’ – before the recent progress of City and Spurs – made history by seeing off AC Milan, Olympiakos, Inter Milan and Lyon respectively in 2008’s last 16.

Liverpool beat Arsenal 5-3 on aggregate in their quarter-final before falling to Chelsea, who had seen off Fenerbahce.

United beat Roma and then Barcelona before winning on penalties in the only all-English final in the competition, with Chelsea captain John Terry hitting a post before Edwin Van Der Sar saved from Nicolas Anelka.

Arsenal’s penalty shoot-out win over Roma in the last 16 ensured a repeat performance the following year and the Gunners and United went on to beat Villarreal and Porto respectively in the last eight.

The greatest excitement came in a thrilling second leg between Chelsea and Liverpool, with the Blues salvaging a 4-4 draw and a 7-5 aggregate win.

They were controversially edged out by Barca in the semi-finals, while United comfortably beat Arsenal, with the Catalan giants victorious in the final after goals from Samuel Eto’o and Lionel Messi.

Those are two of the five occasions when one nation provided three semi-finalists – including the preceding 2006-07 season when Chelsea, United and eventual runners-up Liverpool were all present.

Spain was the first nation to achieve that feat in 1999-2000, when Valencia beat Barcelona in the semi-finals before losing to Real Madrid in the final, with England’s Steve McManaman among the scorers.

AC Milan won a local derby against Inter in 2003 and went on to edge Juventus on penalties in an all-Italian final.