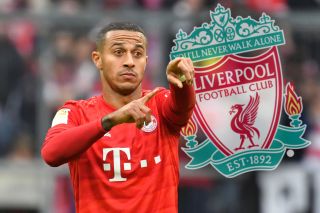 With the Premier League transfer window now officially up and running, and rumours buzzing about quicker than Adama Traore on steroids, we take a look at the sagas you're likely to see cropping up time and again this summer. We've also included a "status" on each, which we'll update as things move forward.

READ Premier League transfers: the position EVERY club needs to strengthen this summer

KITS Premier League kits 2020/21: every released home and away shirt so far

During his three-year spell at Borussia Dortmund, Sancho old has matured into one of the most exciting young talents in world football. The 21-year old scored 17 goals and registered 17 assists in 32 Bundelsiga games last season, confirming himself as one of the most dangerous wingers in Europe.

Manchester United have already made contact with Dortmund over a move this summer, and will be hoping to get things done in an efficient manner.  According to reports, Dortmund are willing to lower their €120m valuation for Sancho, providing they receive a larger chunk of the fee upfront. Ole Gunnar Solskjaer has been told an offer of €60m in cash, plus hefty add-ons, may even be enough to bring him to Old Trafford.

Sancho would provide stiff competition on the flanks, with an all-English front line consisting of Sancho, Rashford and Greenwood a mouthwatering prospect in the build up to next summer’s Euros.

This one has been in the works for a while, and even if they got it sorted soon, it would still be a standout transfer of this window.

Status: In the works

With just a year left on his current deal in Bavaria, and no sign of a new contract being offered, it’s accepted Bayern will look to cash in on the Italian-born Spaniard this summer. Thiago remains an unstoppable blend of poise, positioning and perfect passing - everything you’d expect from a La Masia graduate - and Jurgen Klopp is reportedly a huge admirer.

The deal is “very likely” according to various media outlets, with the Premier League champions more than happy to match Bayern’s €27m asking price. At one point, it seemed as though this was a done deal.

At 29, Thiago has probably little more than two to three years of peak form left in the tank, but on his day he can turn games on their head in an instant.

He’d likely slot straight into Liverpool’s midfield, alongside Jordan Henderson and Fabinho; a stunning upgrade on any of Klopp’s other options.

Status: In the works

ALSO READ Thiago Alcantara to Liverpool? Why it makes no sense – and why it makes complete sense

Arsenal in for a world-class midfield enforcer? Surely it can’t be. The Gunners have had poor form in recent years when it comes to recruiting destroyers, with various signings, such as Lucas Torreira, not quite convincing.

Thomas Partey is about as close to a sure thing as possible. Atletico Madrid’s Ghanian ball-winner is known for his tough tackling, aerial ability and exceptional stamina. He’s also solid on the ball, with good stats for dribbling and shooting.

Reports claim Arsenal are willing to pay Partey’s €50m release clause, but the midfielder is not yet willing to countenance any move until after Atleti’s Champions League bid. That could mean Arteta is left sweating over a deal until as late as August 23, the date of this year's final.

Juventus are also rumoured to be interested in Partey and can practically guarantee silverware as well as Champions League football. We suspect Arsenal fans are in for a nervy summer.

Chelsea are throwing their weight around again this summer, with Frank Lampard raiding the Bundesliga for their best and brightest. He’s already brought in Germany striker Timo Werner from RB Leipzig, for a bargain €50m, and now compatriot Kai Havertz is in the crosshairs.

The Blues have reportedly already agreed terms with the goalscoring midfielder and are now in talks with Bayer Leverkusen over the fee. Last season’s DFB-Pokal finalists want north of €100m, while Chelsea only want to pay around €80m. It’s likely a compromise will be made, with Havertz keen on making the switch to the Premier League.

Everton’s long standing interest in Wilfred Zaha is set to resurface again this summer. The Crystal Palace winger was close to joining the Toffees last summer, only for his club to price him out of a switch to Merseyside.

It’s not hard to see why the interest is there. Zaha ranked third overall for most successful dribbles per 90 last season (behind only Adama Traore and Allan Saint-Maximin) and was the second most-fouled player in the league after Jack Grealish. This is a roundabout way of saying he’s a great player to get on the ball in the final-third.

Everton are in need for some fresh blood down the left flank, with Alex Iwobi and Bernard struggling with form and fitness, and Gyilfi Sigurdsson, their only other option, not a natural winger. Carlo Ancelotti’s side attacked down the left flank less often than all but one Premier League team last season (Tottenham, in case you're wondering) while Palace were up in top spot; you do the math.

Palace’s asking price has dropped considerably from the €80m they demanded last summer, and it’s likely Zaha could be signed for a more modest €50m this year.