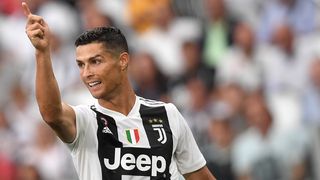 Surely one of the tougher groups in the competition this year – Dortmund and Monaco were both to be avoided in Pot 2 and Pot 3 respectively – and easily among the most interesting.

Atletico Madrid and Borussia Dortmund haven't faced off since 1996/97; the season when the latter ruled Europe under Ottmar Hitzfeld. They've never faced Monaco before, and haven't played Club Brugge for 40 years. Yes, it's been a while.

After taking four points from Real Madrid in the 2017/18 Champions League, Tottenham take on the other Spanish giant as they draw Barcelona from the top seeds. While Lionel Messi & Co. playing at (hopefully) Spurs’ new home will be the main attraction, Tottenham also face Dutch champions PSV – who boast Mexican World Cup star Hirving ‘Chucky’ Lozano.

The real kicker for Spurs, however, is getting Serie A side Inter from Pot 4. The Mauro Icardi-captained team were easily the toughest side they could have faced from that section. Mauricio Pochettino’s side qualified from a tough group last time out and will be favourites – alongside Barça – to progress again. But it won't be easy.

Liverpool face a tricky route to the knockout stage, facing PSG – who boast Neymar and Kylian Mbappe in an attack that rivals even the Reds’ dynamic frontline. Meanwhile Carlo Ancelotti’s Napoli have started Serie A in fine form and boast a manager who’s won this competition on a joint-record three occasions.

Red Star, European champions in 1991, will be the underdogs of the group which looks to have three teams likely to vie for contention. Napoli missed out in a tricky group in 2017/18, so Jurgen Klopp’s men will hoping recent history will repeat itself.

What’s the opposite of a Group of Death? A Group of Life? Russian champions Lokomotiv Moscow face the Portuguese titleists Porto, but there’s a distinct lack of giants in Group D, which we’ll generously call a group where every side will fancy their chances of qualification.

Galatasaray are the Turkish champions, which makes Schalke the only non-reigning league winners in the group – but Domenico Tedesco’s side will be delighted with their draw.

Bayern Munich are aiming to win this competition for the first time since 2013, having reached the semi-finals in six of the last seven seasons. They’ve only made the final twice in that time, though – and not since that Wembley win five years ago.

They’ll be confident of topping this group with relative ease as usual too – Benfica only made it to the competition this year via the play-offs, while Ajax haven’t scooped the Eredivisie title since 2014. AEK Athens have the lowest coefficient score in this year’s competition.

New season, same foes: Premier League champs Manchester City have kind opposition from Pot 2 in Shakhtar, although the Ukrainians did inflict defeat on them in the final group game of 2017/18 when City already had things wrapped up.

Lyon, third-place finishers in Ligue 1 last season, are added to the mix alongside Bundesliga side Hoffenheim – all in all, a kind-looking draw indeed for Pep Guardiola & Co. Is this their year?

Reigning champions Real Madrid will face last season’s semi-finalists Roma, who they last met in the 2015/16 group stage and won 2-0 on both occasions.

Julen Lopetegui’s side will be satisfied with their lot having drawn CSKA from Pot 3 – avoiding trickier opposition like Monaco and Liverpool – and potential whipping boys Plzen, who have only ever won two games in the competition (against BATE Borisov and CSKA Moscow).

Hello, Cristiano! Oh, yes: CR7 is set for a reunion with his former employees at new club Juventus. Ronaldo scored against United in both matches when he faced them with Real Madrid in 2012/13, sending the Reds packing with a stunning header at Old Trafford.

Juventus vs Manchester United also rekindles misty-eyed memories of the latter’s stomp to glory in 1999, when they came back from two goals down to win 3-2 in one of their most famous European ties of all time in the semi-finals.

Improving Valencia were strong in La Liga last season and finished only three points behind Real Madrid, while Young Boys go into their first ever Champions League campaign on the back of a Swiss title – an achievement they'd last enjoyed way back in 1985/86.