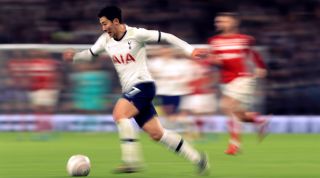 We’ve all been taught to believe that more football is a good thing. In the days before television took complete control of the sport, when games on terrestrial channels felt like a rare treat, the idea that there could ever be too much football was ridiculous.

The more the merrier, always and forever.

That’s being increasingly exposed as a fallacy. Long pre-season tours have been around for some time. The newer, post-season tours are relatively new, but are already an established part of the calendar too. Elsewhere, competitive games are also on the rise.

The World Cup will be expanded to 48 teams by 2026, the Club World Cup will grow to 24 teams in 2021 (despite FIFA president Gianni Infantino wanting a preposterous 32 in 2016), and next year UEFA will launch its third European club competition, the Europa Conference League.

At the time of writing, a report by The Times’ Martyn Ziegler also suggests that the European Clubs’ Association (ECA) and UEFA have reached a compromise over the Champions League, with the introduction of four further rounds of fixtures. It’s unclear whether that would be four further rounds in isolation, contained within a new group stage, or an expansion of the existing format. Whatever the case, it would add the further weight of more games at a time when football is already buckling.

The logistical concerns regarding this trend speak for themselves, as do the issues relating to player health. Jurgen Klopp has spoken out repeatedly about the stress being exerted on contemporary players, as has Pep Guardiola, Jose Mourinho and most recently Mikel Arteta. As have many other head coaches across Europe.

But it’s worth considering, in simpler terms, what the implication of further expansion might be. The aim is to maximise television and advertising revenue – as it always, always is – with the irony that catering to the spectacle in such a way is likely the quickest way to dull it.

There are serious caveats being wilfully ignored.

The longevity of player lifespan should be a primary concern. In 2019, FIFPro released the ominously named At The Limit report, which voiced concern over the burden being placed on many international footballers. They used Tottenham’s Son Heung-min as one of their examples, describing the distances he has to travel each season on top of the number of games he’s expected to play.

Statistically, it was alarming. Son played 78 matches in 2018/19 alone, journeying some 110,000km in the process. The report also claimed that he played 72% of his games after less than five days rest. Son may be an extreme case, but FIFPro produced similar figures for Sadio Mané, Roberto Firmino and Ivan Rakitic. In other words, players from the game’s stratosphere, who are routinely being pushed to breaking point by the calendar.

The modern habit of increasing fixtures and reducing recovery periods really only has two likely outcomes. Either head coaches are forced into greater squad rotation, with the effect of diluted teams, swelling squads and increasing wage bills. Or, as is probably more likely, headline players are overplayed, their level of performance gradually sags and, over time, careers become significantly shorter.

That cannot be for the good of the game. Football has become entertainment, most of us grudgingly accept that. But it is also a sport being played at a quicker pace than ever before, by athletes who have to withstand unprecedented levels of physical attrition. That has to be respected. In fact, that should take precedence, because without the players and without their otherworldly abilities – their skill, their technique, their endurance – the game isn’t nearly as compelling.

It’s a warning to heed. Football is approaching its golden goose moment and those spearheading this endless expansion might want to re-read that parable.