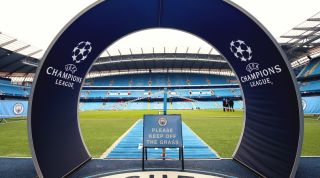 Manchester City's two-year ban on participating in European competitions – such as the Champions League – has been overturned after a ruling by the Court of Arbitration in Sport.

But what does this mean for both the club and for football over the next few years?

With City facing a rebuilding job after Liverpool won the Premier League at a canter, widespread uncertainty around the future of transfer market, and football's finances hit all over Europe as a result of COVID-19, we take a look at some of the big implications of this ruling.

The future of Financial Fair Play

For years, UEFA's Financial Fair Play (FFP) laws have hung like a cloud over the transfer market, with clubs expecting a storm.

The rules have prevented Paris Saint-Germain from completing the side they looked to be building when they brought Neymar, and the have arguably scuppered Manchester City in not buying as heavily as they should have to turn the wheel and keep Pep Guardiola's squad fresh.

But with little consequence for big spending, then what exactly is the point of the rules?

Happy for city with decision being overturned... ffp now being called in to question... simple solution forget ffp... bring in salary cap for all teams and problem solved... if teams breach those rules which is easier to prove, hit them hard and they won’t just like in US SPORTSJuly 13, 2020

FFP is now under a microscope. City have partly been exonerated from UEFA's own conditions that any laws breached over five years ago are unpunishable but with the biggest clubs looking for an edge over their rivals, these are debates that aren't likely to go away any time soon.

"Over the last few years, Financial Fair Play has played a significant role in protecting clubs and helping them become financially sustainable and UEFA and ECA remain committed to its principles," UEFA claimed in a statement this morning.

Perhaps that's the future of FFP: that it's seen as a means to protect smaller clubs, rather than to keep the biggest ones in check. If there even is one at all – there are many calling for the laws to be scrapped now.

Either way, Newcastle United fans will be wondering if this ruling gives their impending new owners the green light to spend like there's no tomorrow.

The Premier League's race for Europe

When news first broke of City's ban, the chasing pack of the Premier League were granted a lifeline: with 5th place in the league enough to clinch a spot in the Champions League next season, Leicester City were looking dead certs in 3rd, while the likes of Wolves and Sheffield United both had genuinely good shots, too. Much was made of Chelsea too, who despite not being able to sign anyone for two windows, were comfortable in 4th and looking at Champions League football next season.

Manchester United will go into 3rd place in the league – two points ahead of Leicester – with a win tonight against Southampton. United travel to the Foxes on the final day of the season, in what could become a straight knock-out clash for Champions League football.

Chelsea, who drop down to 4th if United win, are away at Old Trafford this weekend, before a trip to Anfield and the prospect of hosting Wolves on matchday 38. The Blues are now a good bet to miss out.

Behind United, Leicester and Chelsea, Wolves are four points behind on 55 points. Since Europa League football will be shared by the teams placed 5th to 7th (unless Arsenal win the FA Cup), that leaves two of the aforementioned teams, plus one of Sheffield United (54 points) or Tottenham Hotspur (52) most likely to reach Europe.

Every club in the mix seems hellbent on throwing away their chances at the prize, but this ruling has at least given a little more definition to the battle. It's funny how much can change in mere months.

Part of Manchester City's motivation behind the historic Champions League win away to Real Madrid in March was that this was last chance saloon for the Citizens. This was basically City's World Cup: they weren't going to be invited to another tournament until 2022/23.

Things have slightly changed now. There will be a raft of players who no longer feel like this is their final shot at Champions League glory for a long time - which could well affect the levels of effort in August. For a club that have never gone past the semi-finals, the tournament has gone from "now or never" to actually, probably Bayern Munich's in the bag.

Guardiola has been extremely patient tactically in Europe up until this point his City career too, wanting to win his way. Over the last few weeks in the Premier League, however, Pep has experimented with more of a 4-2-3-1 shape in breaking teams down – and it's only against Real Madrid that he looked to consider opposition game-plan as much as his own. Maybe he too doesn't see this season as his last chance to win City the big one – and will simply play the way he always plays, come the resumption of the tournament.

Now that "there's always next year" for Pep and co, the Champions League this season doesn't feel like quite such a big deal for the club. Especially if they've strengthened by September.

With Manchester City on course to finish over 20 points behind Liverpool in the Premier League this season, and with many of their top players either pushing 30 or the wrong side of it, Guardiola has a bit of rebuilding job to do.

The transfer market is already set to be tricky over the next couple of years, as the financial impact of coronavirus takes it toll, and the prospect of no elite European competition will not appeal to the calibre of player City expect to attract.

In fact, it would be unlikely to be an attractive proposition to many of the players already at the club. Most footballers only enjoy a few years at the very top level, and choosing to spend that time at a club that can't challenge in Europe is not something many of them would do.

Would the likes of Kevin De Bruyne and Raheem Sterling, who could walk into pretty much any starting XI in Europe, really have stuck it out?

City have not just avoided a problem in attracting talent; they've avoided an exodus.

Oh, and if a certain Lionel Messi decides to pack it in at the Camp Nou next summer, there might just be an attractive option to team up with some old friends...

When will Pep leave?

Guardiola did four years at Barcelona, before taking a year out. He lasted three years at Bayern Munich, and has gone four at City already. Now seven years without a break, his contract in Manchester runs out in 2021.

So how will this ruling affect his future?

Certainly, in a now-deleted Instagram post of a member of Manchester City's staff, Guardiola appeared to enjoy the news of the ruling after it came through.

Like many of City's players, it seems unlikely that Guardiola would have fancied two years in the wilderness. Many believe that the time he'll spend in England is limited, and the prospect of two years' worth of free Tuesday evenings may have been too much to bear.

Couple that with a struggle in the transfer market – not something Pep is used to – and suddenly City's revival starts to look like a three-year project, minimum. With four years already under his belt, that's quite a lengthy task.

On the other hand, this news may increase the likelihood that he bows out next season on a high. City now have an extra opportunity to lift the Champions League before his deal expires. If they win the competition either this season or next, it could well be 'job done' for the Catalonian.