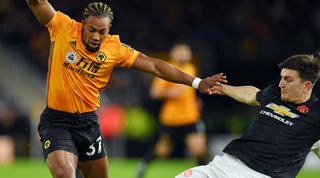 So Liverpool have finally won the Premier League - but that doesn't mean that everything else is wound up.

Jurgen Klopp's side have been so dominant this term that it's almost distracted from what's become one of the most interesting battles for Champions League football in recent times. Usually, it's the same six teams squeezing into four places - but not now - and as our Long Table shows, it's a close-run push at the top.

Leicester City and Chelsea have been the frontrunners all season. With Leicester beginning to drop off a little of late though, they could well see their place under threat - of course, Manchester City could well be banned from Europe next season, leaving Manchester United and Wolverhampton Wanderers going head to head for that position.

Look at how close it is below. Six points separate Tottenham Hotspur from Newcastle United, which on the ordinary Premier League table looks like a lot - not here. No one is out of contention for European places just yet.

The relegation battle could yet hot up too: Brighton and Hove Albion's win at the weekend has given them breathing space, but West Ham United, Bournemouth and Aston Villa are all stuck on 27 points. Two will go down - presumably with Norwich, who are still two wins adrift of Villa.