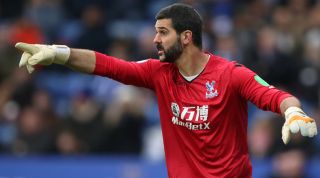 Note: Before you begin, we’ll point out that each of the players are currently active for their club in the Premier League (even if it’s mainly just sitting on the bench). Players who are off on loan or not in the squad are ineligible. Which at least makes things slightly easier for Chelsea.

So, these are the longest-serving Premier League players currently just about active for each club, according to our pals at Transfermarkt. Some – such as the Crystal Palace veteran or the West Brom pair who signed in the same month over a decade ago – are true survivors.

Others are their club's longest-standing servant despite being there less than six years, which says more about a team's player turnover as it does each man's loyalty. However, they all have the same value – one point – in this quiz.

Each player’s club, position and current duration is below. Do let us know how close you get to the magical 60 on Twitter @FourFourTwo – we’ll retweet the best efforts – and please challenges some friends while you’re at it. Good luck!