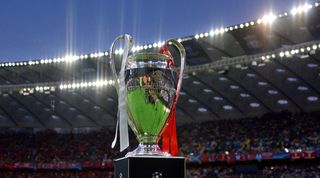 This week, a meeting took place that could affect how you watch football, when it takes place and the success of your team. And you probably didn’t hear about it.

That’s because it was, to all intents and purposes, a secret meeting. No press-released agenda, and no statement made afterwards.

When the European Clubs Association met with UEFA in Switzerland on Tuesday, major reforms to the Champions League were on the agenda. This was the first formal meeting to discuss significant changes to European football that have long been mooted. While the ECA is the only representative of football clubs recognised by UEFA, in really just represents a number of elite clubs across Europe.

These superclubs were, according to the Wall Street Journal, gathering round a table to discuss moving Champions League matches to Saturdays and Sundays rather than weekday evenings, as well as plans to expand and reformat the competition to include relegation and promotion.

These were only initial discussions, with no changes to come in until at least 2024. However, the dramatic moves on the agenda would start to put in place a supremacy of the European tournament over domestic leagues, and would be seen as the first steps towards a European Super League which could eventually take the top teams out of playing in the national leagues completely.

Encouragingly, it seems there has been some pushback: Spain's Mundo Deportivo reports that Barcelona are against such moves, while the English clubs represented are also sceptical. These changes, then, won’t be happening soon.

But don’t think that’s the end of it – there are three major issues that remain.

The first is that, realistically, the opposition to these changes is based on financial reasoning. The big clubs most pushing for more Champions League games, and at more prominent times, are reportedly Juventus and Paris Saint-Germain – sides that win their own leagues every season and are struggling to exploit them financially any further. Winning Ligue 1 delivers less prize money than being relegated from the Premier League.

By contrast, La Liga has television deals that benefit Barcelona and Real Madrid quite nicely (if no one else), and the Premier League remains one of the most lucrative sports franchises in the world.

No sensible chief executive is going to risk the benefits of these current set-ups – but if you think the people who run any of the top division’s big sides are making these decisions based on the good for English football, we've got a £265,000-a-week loan move for Radamel Falcao to sell you.

The second problem is simple maths: six into four won’t go. The Premier League has six sides good enough (and, importantly, rich enough) to compete in the Champions League, but only four Champions League spots. If that sustains, they may well decide that the current system no longer works for them.

Finally, these semi-secret meetings don't inspire confidence. A UEFA spokesperson confirmed the meeting was taking place once details had been leaked, but behind-closed-doors discussions such as these suggest only that the people attending would struggle to convince their clubs’ fans if the arguments were had in public. And this was only the first meeting down this route.