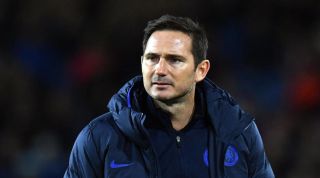 All eyes will be on the Amex on Monday night for a first glimpse of Frank Lampard’s new-look Chelsea side.

A spectacular summer spending spree has raised hopes and expectations to new levels at Stamford Bridge, with some even tipping the Blues for a title challenge.

Defensive issues plagued a vibrant young Chelsea side last season, but the experience of Thiago Silva, who arrived on a free transfer from PSG, could help shore things up, while England left-back Ben Chilwell and youngster Malang Sarr have also come in.

But it’s in the final third that the most mouth-watering new signings operate. Hakim Ziyech, Timo Werner and Kai Havertz have been added to an attacking arsenal that already includes talents like Christian Pulisic, Callum Hudson-Odoi, Tammy Abraham, Olivier Giroud and Mason Mount.

How Lampard intends to find space for his galaxy of stars has kept us guessing, so the starting line-up for Monday’s trip to Brighton will be eagerly anticipated.

Ziyech and Chilwell are unlikely to be fit enough to make the cut, while it remains unknown whether veteran Willy Caballero or out-of-favour Kepa Arrizabalaga will start in goals, with a new goalkeeper yet to be signed.

As for Brighton, Ben White has been added to Graham Potter’s defence after an impressive loan spell with Leeds, while Adam Lallana and Joel Veltman add experience to the squad.

The young boss’s debut campaign has been viewed as a transition year, but with more time under his belt they will be hoping to see more progress this season and avoid any more nail-biting relegation scraps.

The Seagulls will have fond memories of this fixture from last season, when a spectacular 84th-minute overhead kick from Alireza Jahanbakhsh earned them a late draw against the much-fancied visitors.

Kick-off is at 8.15pm BST and the game is being shown on Sky Sports Premier League/ Sky Sports Main Event/Sky Sports Ultra HD in the UK. See below for watching details where you are.