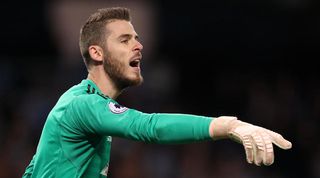 Manchester United are concerned that David de Gea could leave the club in January, report The Sun.

The Spanish goalkeeper was offered a new contact earlier this year but the deal remains unsigned.

De Gea's current deal expires at the end of June and United fear that they could lose him for nothing next summer.

And if the former Atletico Madrid shot-stopper has not penned fresh terms by January, United may opt to cash in midway through the campaign.

The Red Devils are therefore considering replacements, with Jan Oblak a long-term target.

It could be difficult to prise the Slovenian away from Atletico, however, so Dinamo Zagreb's Dominik Livakovic has emerged as a cheaper alternative.