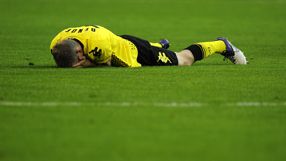 Bender, who was injured in last week's 2-1 win over Real Madrid in the Champions League, will miss their German Cup second round game against VfR Aalen later on Tuesday and the league game against VfB Stuttgart on Saturday.

"He is expected to be back fit for the Champions League game at Real Madrid on November 6," the club said in a statement.

Dortmund are fourth in the Bundesliga, nine points off leaders Bayern Munich but top their Champions League Group D ahead of Real, Ajax Amsterdam and Manchester City.