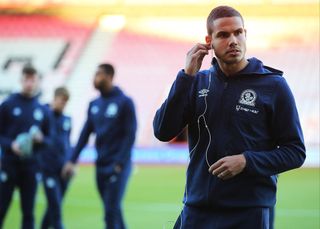 Six first-team players are unavailable to Fonseca due to injury, with forward Justin Kluivert suspended, and the Giallorossi are reportedly close to signing three-time England international Rodwell, a free agent following his summer departure from Blackburn.

Reports in Italy suggest Liechtenstein midfielder Marcel Buchel presents another option, but Fonseca refused to confirm the speculation ahead of Sunday’s Serie A meeting with AC Milan in Rome.

The Portuguese told asroma.com: “I don’t want to talk about that. I’ll only speak about a player if he’s part of the squad. If there’s any news, we’ll tell you about it.

Fonseca said of the duo: “Perotti has been training with us for a while. He’s ready to play, but I don’t know if he’ll last the 90 minutes.

“As for Pastore, with the games coming thick and fast at the moment, it’s not been possible to do much rotation. He’s played more than he normally would, but we can’t afford to make too many changes.”

Zlatan Ibrahimovic’s career with the LA Galaxy is at an end and he has been linked with Milan, for whom scored over 50 goals in just two seasons, winning the Scudetto in 2011.

Pioli told a press conference: “I’m focused on the players I have so I can’t think about anything else.”

It is in the forward line where Pioli has most concern, though, with goals at a premium given his Polish striker Krzysztof Piatek has notched only three so far this term.

The coach hinted at his dissatisfaction with the former Genoa man’s all-round game, while blaming his lack of prowess in the box on a lack of fitness.

“Nobody can afford to have a player who does not participate in build-up play,” said Pioli. “He is doing fine, even if he’s not brilliant at the moment, and he will get back to 100 per cent.”

Giacomo Bonaventura is the solitary injury concern as Milan bid to break into the top half of the table.